Some of my favorite Seattle Street Art 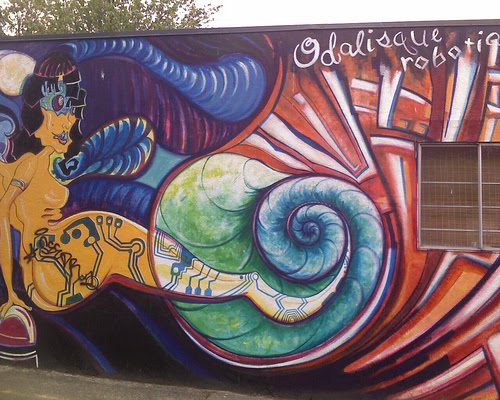 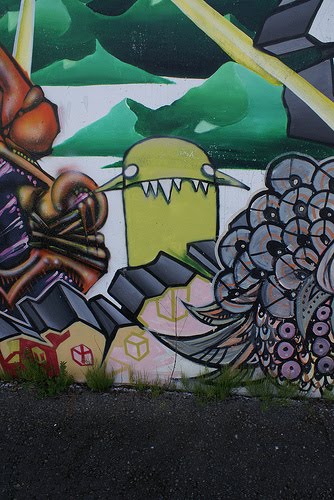 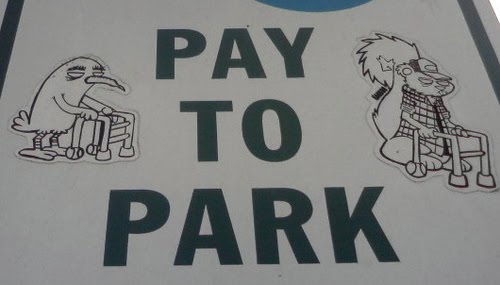 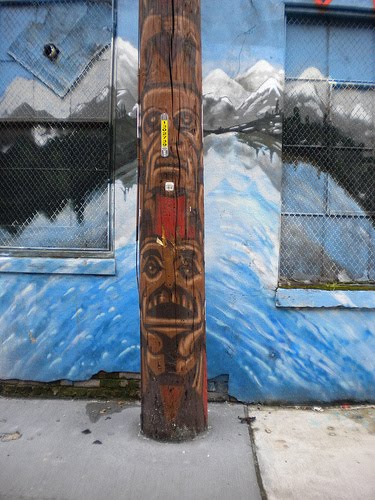 Posted by Tiff at 6:04 PM No comments: Links to this post

The End is just the beginning

www.rodneysmith.com
Posted by Tiff at 10:56 AM No comments: Links to this post

"We are the riders, our business is with the bow and spear, and we know nothing of woman's work." - Herodotus, 5th Century

Warrior women are such an interesting part of history and culture. I got a kick today out of watching a PBS doumentary about Amazon Warrior Women. In the documentary, an archeologist, Jeannine Davis-Kimball, tries to find evidence that certain bones and burials found in southern Russia are in fact nomadic women warriors. They are able to determine that DNA from 2500 years ago is such a culture. Davis-Kimball's extensive research shows that a lot of the women remains from that region were also taller than average and blonde. Towards the end of the documentary, Davis-Kimball comes across a nomadic group of women in Mongolia who are setting up their winter yert. As she greets the women, she notices a 9 year old Mongolian girl with blonde hair, highly unusual in Mongolian culture. Intrigued, she watches the young girl, who does not resemble her siblings very much, and asks to test her DNA. Shockingly the young girl's DNA is almost an exact match to one of the 2500 year old women buried in Russia. It's proof that a warrior women culture not only exsisted but that there is a blood line still thriving. Very cool stuff.

Most of my heroes, modern and historical, are women. I find a strength and resilience in them that honestly I don't find in most men. A woman's instinct to survive and protect is unmeasurable. I look to Queen Boudica, who lead her people after her husband died, fighting the Romans out of England for several years before being supressed. Queen Artemesia, who had many tales of war and conquest and was a member of Persian Great King Xerxes' multinational invading force. Very impressive if you know anything about King Xerxes! The Trung Sisters from Vietnam who rallied an army of 80,000 against China. They taught 36 women to be Generals and were successful for 3 years. China eventually took the country back and the Trung sisters committed suicide rather than relinquish. These and many other warrior women show a spirit that is/was determined and based on the survival of their community rather than their personal gain. They were brilliant women, resourceful women, strong, courageous and a force to be reckoned with.
All qualities I aspire to.
Posted by Tiff at 2:07 PM No comments: Links to this post

I love my Sony Mp3 player. I also love scavenging through music of all kinds to put on said player. Often I get on tangents looking for musicians of a certain style or those who have been influenced by other musicians I adore. I especially enjoy hearing the influences without direct imitation.

I recently ran across the lovely, Melody Gardot. She has a rich, voluminous sound that is sensual, cheeky, bright and full. I heard one snippet and within 5 minutes had downloaded all her music. She brushes through jazz, bossa nova (a personal fav), new standards and caberet torch songs yet all of her songs are fresh and have their own energy and cadence. She is haunting, which I find unusual for someone in her mid twenties. Her songs carry a melancholy due to a horrific car accident she survived. She broke her pelvis and many other bones and while relearning how to do everything from brushing her teeth to eating to reading and writing, she turned to music as a kind of therapy. Since rediscovering her abilities, she has stirved to bring awareness to musical therapy. Very interesting lady. Ms. Gardot is deliciously saucy and worth listening to...over and over and over again.

Take a listen www.last.fm/music/Melody+Gardot (you can listen to the entire collection along with videos or stills)
Posted by Tiff at 8:14 PM No comments: Links to this post